Why Are They So Addictive?

Many have heard of opiate addiction but it’s more than likely that some have struggled to understand how such an addiction can occur, and why.  Opiates have a powerful effect on the body and can become addictive when used continuously for a certain period of time.  It is first helpful to understand what an opiate is and how it works.

What is an opiate?

There are a several narcotics that can be categorized as opiates. Natural opiates are derived from the milk of the opium poppy plant while others are created synthetically in a laboratory. Some of the more common natural opiates include morphine and codeine.  Semi-synthetic and synthetic opiates are considered opioids and are made to mimic the actions of an opiate.  These are usually partially derived from morphine or codeine and include heroin, hydrocodone, hydromorphone, oxycodone, oxymorphone, among countless others. Together, these natural and synthetic opiates are known as opioids. 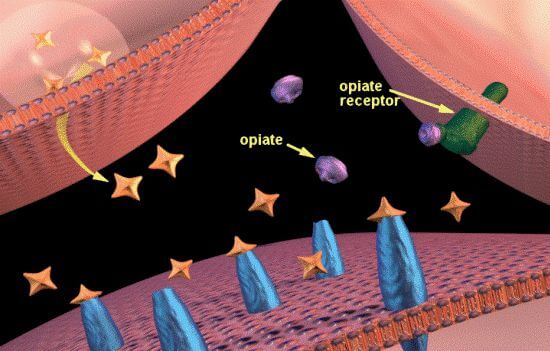 Opioids block the transmission of pain in the body by attaching themselves to certain proteins known as opiate receptors found in the brain, spinal cord and gastrointestinal tract. While the uses of these opioids are beneficial for pain management, one of the symptoms they produce is a state of euphoria and pleasure in a patient created by the release of a chemical in the brain called dopamine.

So why are opiates so addictive?

A person using an opiate may start out with the intention of simply relieving pain, but the pleasure derived from the narcotic is so great that it can drive an individual to misuse the drug for the purpose of pleasure.  Still, others with severe pain may find that their pain returns prior to the allotted time for the next dosage and begin to misuse by taking the drug more frequently than prescribed.  When the side effects of the drug wear off, the “high” is gone and the user is left feeling much worse than before they took the drug.

Users find that the pleasurable effects begin to diminish with time due to the fact that the opiate receptors become saturated. They then compensate for this by taking higher and higher dosages to maintain the same feelings of euphoria. This can also lead them to seek more potent forms of the drug and faster ways to introduce the drug into the body.

Clearly what most users don’t realize, is that the greatest side effect from long-term use of opioids, is a physical dependency to the drugs. Overcoming opiate addiction is traditionally an extremely painful experience normally lasting for several days.

Since 1994, Dr. Waismann has been perfecting a procedure called Accelerated Neuro-Modulation or ANR, that effectively treats this addiction at the receptors level. The ANR procedure has as a main therapeutic goal of re-establishing the balance between endorphins and receptors. It includes a cleansing of the patient’s opiate receptors while the patient is under anesthesia. They wake up opiate-free and avoid all the painful side effects that are associated with opiate withdrawal. Cravings will become irrelevant and patients are able to resume a normal life freed from the dependency. That’s why ANR is considered the new generation of opiate dependency treatments.

If you or someone you love is suffering from opiate addiction, contact us  to learn more about our safe, ground-breaking treatment.